Meet the Rebate, the New Villain of High Drug Prices

A growing chorus, including the Trump administration, is calling for a rethinking of after-the-fact drug discounts that some say contribute to rising prices. 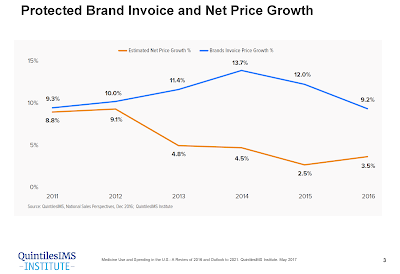 An increasingly popular culprit in the debate over high drug prices is the pharmaceutical rebate, the after-the-fact discounts that form the heart of the nation’s arcane — many would say broken — market for prescription drugs.

My thoughts on rebates are well-documented throughout this blog. Do a quick search to read any number of related posts. The bottom line is plan sponsors are entitled to every penny a manufacturer pays to a PBM for a drug put on its formulary and for some drugs dispensed on the medical side. Most plan sponsors believe they are getting 90% or more of the rebates back but in many cases the actual number is far less.

Now, a growing chorus wants to get rid of them, or at least change the way they are applied after drug companies have already set their prices. Rebates, critics say, have pushed up the list price of brand-name drugs, which consumers are increasingly responsible for paying. Insurers generally get to keep the rebates without passing them along to their members.

Last week, the drug industry’s largest trade group, the Pharmaceutical Research and Manufacturers of America, took aim at the rebate system, proposing a change to the way middlemen handle rebates, and how those companies are paid.