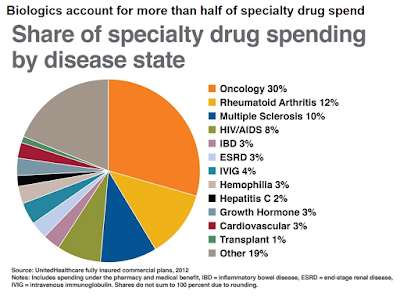 According to CMS, rationale for short fills includes decreasing environmental waste, discouraging drug diversion, giving patients time to determine if they can tolerate a medication and savings for Medicare and Part D sponsors. The savings were expected to be more than $1.8 billion in 2018, assuming a rate of 32% discontinued first fills. And short fills seem to be gaining traction in the commercial population as well.

Results of a nine-month study of a partial-fill program for 15 oral oncolytics authored by Atheer A. Kaddis, PharmD, show that 41% of patients discontinued therapy after the first month of the prescribed therapy with nearly 20% stopping after one partial fill, attributed to adverse effects cited by patients. While the percent of discontinued first-fill drugs is still relatively high despite the partial fill, the rate could reach as high as 70% otherwise, Kaddis says.

Some say that a partial fill is really a reduction-of-waste program, while others have pointed out the potential for impact on quality of care. A third group sees a partial fill as a medication-support and education tool. The reality is that depending on the services that surround the partial-fill plan design, it can be any or all 3. The best of the partial-fill programs have aspects that include:


There two areas of concern associated with partial fill that has been identified and that is when there is little or no clinical interaction between the partial fill and the completion of the fill. Second, patients would have to return for additional pills if the therapy works, causing additional dispensing fees. In short, the partial-fill model can reduce unnecessary fill completion and, therefore, reduce costs.
Posted by Tyrone Squires, MBA, CPBS at 11:13:00 AM