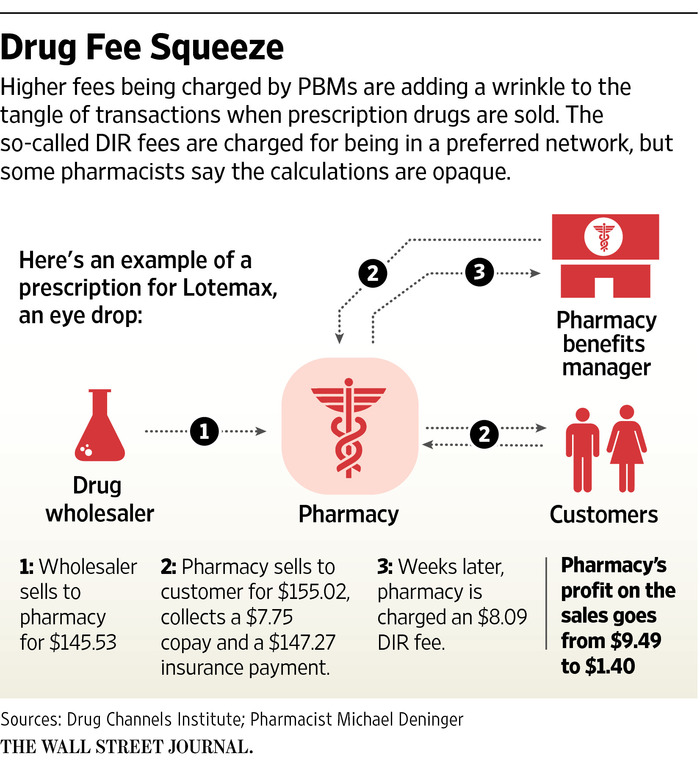 DIR fees are fees that pharmacy benefits managers (PBM) assess on pharmacies for purportedly failing to meet quality measures that many pharmacies believe are arbitrary, anti-competitive and unlawful. With the exclusion of pharmacy direct and indirect remuneration (DIR) fee reform from the recent Centers for Medicaid and Medicare (CMS) drug pricing rule, members of Congress and pharmacy groups are urging the Trump administration to reconsider.

For example, AIDS Healthcare Foundation (AHF), which operates specialty pharmacies in a dozen states that serve the needs of HIV and AIDS patients, signed on to a letter to key members of the United States Senate Finance Committee asking that they include pharmacy DIR fee reform (Direct and Indirect Remuneration) in the Senate’s pending package of drug pricing legislation.

Much like CMS, many self-insured plan sponsors have turned a blind-eye to DIR Fees. And yes, it is not just public plans who are targeted with DIR Fees. Commercial plans to pay these fees many just aren't aware. The point of DIR fees, whether anyone wants to admit it or not, is to reduce ingredient costs for the PBM. The problem for self-insured plan sponsors is that this reduction in ingredient cost happens after the claim has been adjudicated.

Aren't plan sponsors supposed to know the actual acquisition cost (AAC) of the drugs they pay for? The degree to which a PBM provides disclosure to a plan sponsor largely depends on how sophisticated a plan sponsor is or isn't on the ins and outs of the pharmacy benefits industry. In addition, how well your steering committee negotiates will play a significant role in how much transparency your company will achieve. A high level of both PBM industry knowledge and negotiating skills drives down costs.

In their letter, the groups note that “…DIR fees on pharmacies participating in Part D grew by 45,000 percent between 2010 and 2017,” and that the “…increase is unacceptable and unsustainable and it creates uncertainly not only for community pharmacies, but also for the patients who rely on Part D prescription drugs.”
Posted by Tyrone Squires, MBA, CPBS at 11:26:00 AM