It took hundreds of millions of dollars wasted, but the state of Ohio finally gets it. Before I address what "it" is allow me to revisit a blog I wrote just yesterday. The timing of that blog couldn't have been any better. 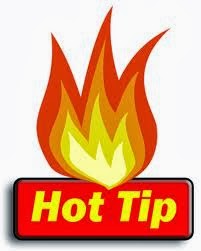 In the blog I wrote, "Many purchasers (plan sponsors and their advisers) select the PBM vendor who puts the lowest price on the table. Lowest price involves several variables including admin fees, rebate guarantees, AWP discounts and most important contract language. The problem is plan sponsors are putting a premium on the "numbers" and largely discounting the contract language."

Seasoned executives or brokers can be seduced into placing more emphasis on the spreadsheet instead of the contract language. For example, price quotes are simply an estimate of what the plan sponsor would have spent had the historical utilization matched that of the proposing PBM (a lot in this sentence). Furthermore, the future actual cost is unknown. As a result, the plan sponsor’s PBM contract is the most important tool to address the actual level of spend - not cost projections.

Then today I come across an article in the Columbus Dispatch in which the state of Ohio's Medicaid Director, Maureen Corcoran, says this in response to a question posed by a reporter...


“Have we saved the state money? That wasn’t the point. The point was transparency and so that we could continue to work on” necessary changes “in an educated way.”

Maureen stated exactly what I've been preaching for the past seven years! Yet, very smart people, from the CFO down, are having trouble grasping this approach. I'm often asked, "Tyrone, tell me again why the proposal with the lowest cost isn't necessarily the lowest cost?" The simple answer is the contract language sets the foundation for all of the financials - not the other way around.

It is through continuous PBM education you become a more sophisticated purchaser of pharmacy benefits which inevitably leads to radical transparency in your PBM relationship(s).