The U.S. Supreme Court will hear a case brought by Arkansas Attorney General Leslie Rutledge against the pharmacy benefit management (PBM) industry, according to a statement issued Friday (Jan. 10) from Rutledge’s office.

The legal battle began with Act 900, passed by the Arkansas Legislature in 2015, which sought to require pharmacy benefit managers (PBMs) to reimburse pharmacies at or above their wholesale costs paid for generic drugs and prevents them from paying their own drugstores more than they pay others. 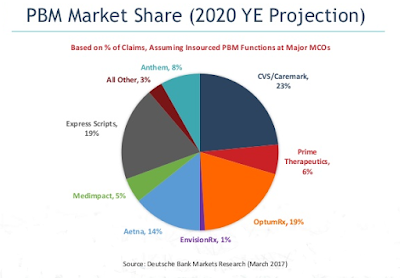 I owned a mail-order pharmacy and cashed out in 2010 but not before some tough lessons. One of those lessons, the large PBMs wanted less competition and had the knowledge and power to make that happen. Needless to say, this case resonates with me. I had two choices; die slowly or create a business model which I could compete with non-fiduciary PBMs on my terms not theirs. I chose the latter.

On the front end, non-fiduciary PBMs woo plan sponsors with pricing guarantees that appear "real." The back-end is a different story. DIR fees allow non-fiduciary PBMs to earn "hidden cash flow" by clawing back a percentage of reimbursements long after the claim has been adjudicated, for example. I hear far too often from HR Business Partners, CFOs, employee benefits brokers and consultants, "what do I care about DIR Fees as long as my guarantees are being met." It's myopic to think this way.

These hidden cash flows (reimbursing below acquisition cost) put pharmacies out of business. Not coincidentally, this leads to less competition for PBMs who own chain stores and large mail-order pharmacy operations. You guessed it less competition means you will pay more; now or later.

Rutledge has argued that more than 16% of rural pharmacies closed in recent years due to declining PBM payments on generic prescriptions causing Arkansans to be unable to receive necessary medications. Three PBMs dominate the market – CVS Caremark, which is part of the corporation that operates the CVS drugstore chain, OptumRx and Express Scripts.
.
Continue Reading >>
Posted by Tyrone Squires, MBA, CPBS at 7:47:00 AM